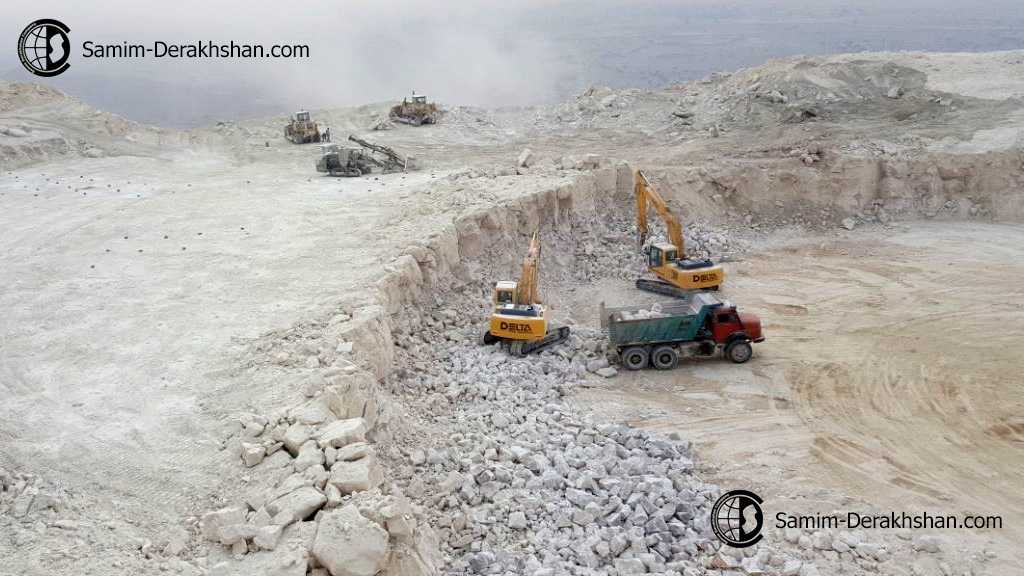 The gypsum rock resources in Samim Quarry  and Bandar Khamir which is located near to the Shahid-Rajaee port in Bandar-Abbas city is one of the good reason to be located in Bandar Abbas which is considered as the hub or main port for exporting Gypsum from Iran.

Iran is the second-largest gypsum producer in the world. It has many desirable gypsum mines which some of them are located near Gulf in Bandar Abbas, Iran. Accordingly, Samim Derakhshan Gypsum is one of the most popular gypsum and mineral cargoes exporters in south of Iran.

The cement industry in India is continuously growing. According to various research reports and in view of the upcoming massive infrastructure developments, the Indian cement consumption is expected to increase at a rate of 9-11 % per year. Mostly gypsum rock is being imported from Iran and Samim Derakhshan Gypsum Mine is a supplier of gypsum rock High Purity to India.